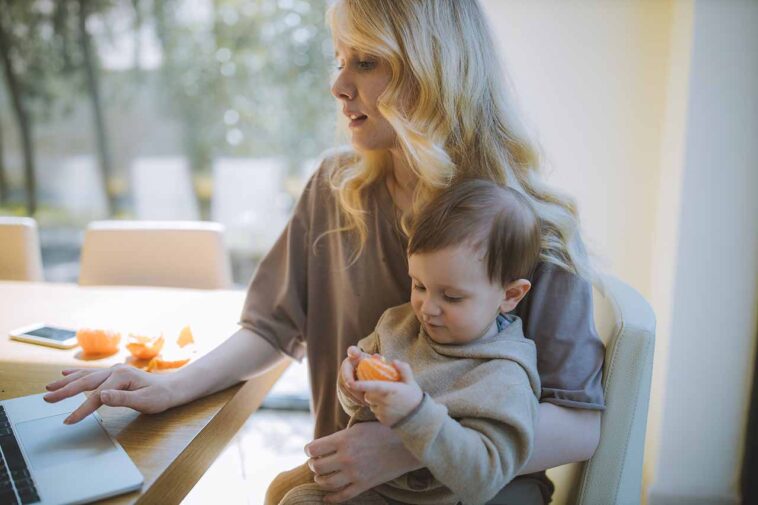 A new study has found that working moms have been doing most of the childcare and household chores while still working from home.

While some areas of the economy are reopening as society adjusts to a new normal, parents are still struggling to keep the bills paid and the family fed. This is made more difficult by high rates of job loss and furloughing, and school closures, which mean the kids are home all day. If your job allows you to work from home, you’re lucky. If it doesn’t, life can be really hard right now. And a new study shows that working moms are bearing the bulk of the burden when it comes to juggling work and childcare.

Moms more likely to have quit their jobs

Researchers from Institute for Fiscal Studies and the University College London Institute of Education set out to learn how families with two opposite-gender parents are sharing paid work and domestic responsibilities since the COVID-19 pandemic turned our worlds upside down. According to a media release, the findings of the survey of 3,500 households include the following:

The result is that moms in two- opposite-gender parent households are only doing, on average, a third of the uninterrupted paid-work hours of fathers. Before lockdown, we did around 60% of the uninterrupted work hours of fathers. The researchers add that “This sharp reduction in the time that mothers are spending dedicated to paid work risks lasting harm to their careers when the lockdown is lifted.”

Moms also doing the majority of housework and childcare

The survey also found that moms are taking on the majority of the responsibilities when it comes to childcare and housework. Dads have increased their time spent on these things but moms are looking after children for an average of 10.3 hours a day (2.3 hours more than fathers), and are doing 1.7 more hours of housework than dads.

Any mom who is living this right now knows how hard it is. You’re trying to work and pay the bills and not neglect your kid at the same time, and it’s exhausting and almost impossible. One of the most difficult parts of this is the constant shifting of focus — your child needs to tell you something, ask you something, wants you to spend time with them, needs to be homeschooled, needs to eat, needs to get some form of exercise…and then you have to snap your attention back to the task at hand, the report, the meeting, the email… Before you know what hit you, it’s 10pm and another day of your life is gone, your work is half done, and your kid is watching her fourth hour of TV. Every. Darn. Day.

The report also found that mothers are 47% more likely than fathers to have permanently lost their jobs or quit them during the COVID crisis, and 14% more likely to have been furloughed. Mothers who are still doing paid work have reduced their paid working hours more than fathers, from 6.3 hours a day to 4.9 hours. Fathers’ hours have decreased from 8.6 hours to 7.2 hours.

Mothers are also far more likely to be interrupted during paid working hours than fathers. Almost half (47%) of mothers’ hours spent doing paid work are split between that and other domestic activities, like childcare, compared with under one-third (30%) of fathers’ paid working hours. And in families where the father has lost his job while the mother has kept hers, men and women still split housework and childcare responsibilities fairly equally, meaning that fathers may be picking up some of the slack but not taking on the majority of the burden, even with all that extra time.

The report states that, “Where focused work time is important for performance, gender differences in interruptions and multitasking risk further increasing the gender wage gap among parents.”

“Mothers are doing, on average, more childcare and more housework than fathers who have the same work arrangements, be that not working, working from home or working outside the home. The only set of households where we see mothers and fathers sharing childcare and housework equally are those in which both parents were previously working but the father has now stopped working for pay while the mother is still in paid work. However, mothers in these households are doing paid work during an average of five hours a day in addition to doing the same amount of domestic work as their partner. The vast increase in the amount of childcare that mothers are doing under lockdown, which many are juggling alongside paid work, is likely to put a strain on their well-being.”

I don’t know what the fixes are but it’s probably best to do what you have to do to get through, including not beating yourself up for letting the kids watch more TV or feeding them mac & cheese for dinner three nights in a row. And to know you’re not alone in this, even if it sometimes feels like you are. 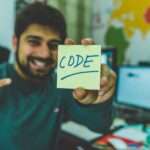 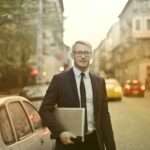