So, does this mean that if you’re a single man you should run out and get married to get a pay hike? Not necessarily. The study doesn’t come to the conclusion that the highest earners are making the big bucks because they are married.

First off, wages tend to increase with age. The longer we are working, the more experience we gain and over time, we qualify for more advanced (higher paying) positions. Since men tend to marry when they are older, married men are statistically in the more experienced, higher earning demographic.

The data shows that up until age 26, men and women earn virtually the same amount. After that, however, the gap is significant. On average women who were 45 were making about $50,000 while men of the same age were earning closer to $90,000.

One of the explanations for this is the theory that while married men are in higher positions in their careers, married women often take a step back from the workforce in order to have children. (Although this does not explain the fact that while married women are likely to have more children than single women, there was no difference in pay observed between these groups.)

Still, according to this research married men earn an average of almost $90,000 by their mid-forties, which is nearly double the average wage of any other cohort. Are they paid more because they are married? Study author Guillaume Vandenbroucke suggests that it could work the other way.

“It might be that men with higher wages are more likely to marry,” he said. “Men often marry later than women, so there are relatively few married men in their 20s. This explains why the difference in wages is less pronounced earlier in life: The average male worker in his 20s is more likely single than married.”

You can read the full report here. 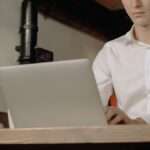