A candidate reached out to our team over social media to ask about a work situation they found to be unfair. They had been the front-runner for a new job in the marketing department of a well-known brand.

After a phone interview, an in-person panel interview, and a one-on-one with the department head, they were fairly certain that they would be receiving an offer. However, in the end, that offer was not forthcoming. The hiring manager did call to let them know that they did not get the job and told them quite candidly that the deal-breaker was that they lived too far away. The length of the commute worried the hiring committee.

The candidate wanted to know if this was legal. If they were the most qualified person for the job, could they be denied the opportunity just because of where they live?

I was fairly certain that this was not only legal but also quite common. I’ve worked with managers and directors who routinely screened out candidates they felt lived too far away. However, I consulted with an employment lawyer to be sure.

It turns out that it is legal. Employers can reject a candidate for any reason they want – except for those that are protected by the Canadian Human Rights Act. Those include:

That list does not include where you live. (Although the lawyer I spoke with did caution that neighbourhood bias can sometimes be racial bias in disguise. For example: not hiring anyone with an address in an area largely inhabited by people of one cultural background could be seen as discriminatory. But even then, the discrimination claim would legally be about the ethnicity, not the address itself.)

Employers are free to see living closer to the workplace as an asset and further away as a liability when evaluating candidates. They might find that there could be reliability or attendance issues with employees who have long commutes, or those workers may be flight risks if they can find opportunities closer to home. Shift work and scheduling changes can also be more complicated for these individuals.

A recent study by Notre Dame University found that employers were 14 per cent less likely to call back job applicants who lived a long distance from the workplace than applicants who lived closer. In fact, the report, published in The Journal of Human Resources, showed that callback rates decreased by 1.1 per cent for each mile away applicants lived from the job site.

What can you do about it?

Knowing this bias potentially exists allows you to use it to your advantage. The closer you live to the work site, the more information about your location you can include in your resume.

If you live around the corner, list your full mailing address. The short walk to work or minimal commute would mean that you are readily available for work, will have enviable work/life balance, and are more likely to stay on the job.

If you live on the outskirts or further, just list your phone number, email address, and the city name. The employer will see that you live in town and have a local number. Which district or suburb isn’t relevant as long as you are willing to make the trek and show up on time.

See also: What employers see in your resume contact information (that you don’t) 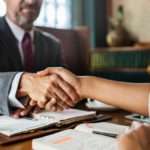 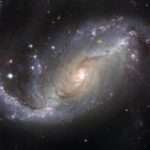