In just a few short weeks Canadians will be heading back to school, with many entering the hallowed halls of higher education and starting university.

What an exciting time! The thrill of learning, the future possibilities, the threshold of independence and adulthood! The student debt! Wait. Sorry. That last thing is less exciting. The national average for student debt in this country is $25,000, which is less than the US, at least, where the average was $37,172 USD in 2016.

Hopefully anyone beginning their higher education has already done some research into the types of job opportunities what will be open to them at the finish line. And now we’ve got a report from Indeed, which looks the average salaries earned by university major. Indeed looked at the most common majors in Canada and the most common job titles for people with a bachelor’s degree in each major, then at the salary data for those jobs.*

The highest paid degree on the list is Accounting, with a top salary of $125,857 for the position of Chief Financial Officer. The second highest paid job is Director of Finance, which, fittingly, follows the acquisition of a Finance degree and pays $109,690. This is followed in third place by Software Architect, which pays $101,857. You get that job with a Computer Science degree.

The lowest paid job on the list is Youth Worker, which is linked to a degree in Psychology.

Here is Indeed’s full list of the most common university majors in Canada and the related salary data:

Meanwhile, with the shifting landscape of employment towards transient jobs and increasing demand for higher and higher education, counterbalanced by an astounding availability of information and self teaching tools, some people are asking whether the whole university thing is still worth it.

Well, according to a recent report from the Education Policy Research Initiative at the University of Ottawa, the answer is that yes, it is still worth it, even with the debt. For the time being anyway.

Higher education is linked to higher salaries almost regardless of the subject, according to an article on the study by the CBC, for which researchers looked at income data for 620,000 graduates of 14 Canadian universities and colleges between 2005 and 2013. They found that, overall, those who pursued a post secondary education earned higher salaries than those who did not.

Subjects who graduated from university in 2005, on average, made $45,200 in inflation-adjusted terms in their first year after school, and the figure rose each subsequent year, growing by a total of 66% to reach $74,900 in 2013.

“The growth in earnings over time is especially striking, and shows the value of following graduates for longer periods in order to get a proper assessment of their outcomes,” Prof. Ross Finnie is quoted as saying.

“While graduates of the so-called STEM subjects — Science, Technology, Engineering and Math — in general had higher salaries, even grads of oft-maligned subjects in the humanities and social sciences degrees saw higher incomes than those who didn’t get degrees.”

That’s not to say all is lost without a degree. According to another recent study, there are currently 30 million people working in well-paying jobs in the US without a bachelor’s degree.

*Canadian data is from the Daily Hive, which reported on the Indeed study 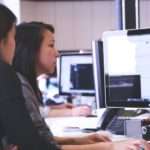 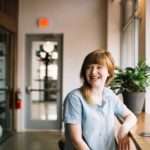