Are you an owl or a lark? Night owls have been found by researchers to underperform at their jobs.

Bad news for people who like to stay up late. You might fare worse at your job than those “early to bed, early to rise” types.

A new study has found that night people, or “owls,” may be twice as likely as morning people, or “larks,” to underperform at work, and may also have a higher risk of disability leading to early retirement. Your behaviour related to this is apparently called your “chronotype,” and it’s largely genetic, but is also influenced by environmental factors, like exposure to daylight, work schedules, and family life.

Night owls might not get enough sleep, which affects job performance

According to a media release, owls might not fall asleep early enough to get the recommended seven or more hours of sleep on standard working days, leading to sleep debt and catch-up sleep on non-workdays, which they call “social jet lag.”

The researchers say this has been linked to poorer overall health and cognitive performance linked to long term-sleep deprivation, which can affect workplace productivity.

Night owls were also more likely to retire due to disability

They also looked at whether chronotype may be linked to early retirement for health reasons using data from the Northern Finland Birth Cohort 1966 Study, an ongoing general population-based study, originally consisting of 12,058 children born in northern Finland in 1966.

At age 46, participants were questioned about their health, work life, and sleep patterns, and rated their own work performance on a scale of 0-10. In total, 2672 men and 3159 women, all of whom were working in 2012, were monitored over the four years to see who stopped working and took a disability pension.

They found that owls had worse ratings than larks for every variable related to sleep and health. Owls had shorter sleep duration, higher levels of insomnia and social jet lag, and were also more likely to be unmarried and out of work.

The brief notes that this is an observational study and does not establish cause, but the findings are similar to those of previously published research.

It’s true that insufficient sleep can lead to very bad health outcomes. Napping might also be an option for some. Night owls who are lucky enough to find jobs where they can make their own hours or start later in the day might also be better off. 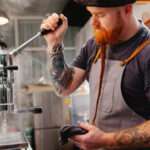 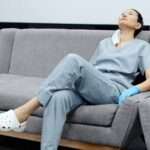