These are desperate times for many, which means it’s open season for fraudsters and their job scams.

The CBC is reporting the cautionary tale of a 54-year-old Toronto man who recently fell for a job scam that nearly cost him $4,000. Tony Monize had been temporarily laid off from his job in the telecom industry because of the pandemic, and he reportedly applied for the new job as a key account coordinator at Sobeys, after getting tired of waiting to be called back to work. He found the job on LinkedIn. It seems he went through a fairly convincing interview process and then quit his existing job to take the new one.

“I want to work,” Monize, whose wife recently died of cancer, told the CBC. “Sitting at home and doing little projects, it doesn’t do well for me. I wasn’t brought up that way.”

A cheque for $4,385 was then sent to Monize “to cover the cost of home office equipment,” and he was asked to e-transfer $4,000 to a third party from his own account. He agreed. Fortunately, his bank spotted the scam and called him the next day because the email address to which he was trying to send money was already blacklisted. The job was, obviously, a scam. It was not posted by Sobey’s, and Sobey’s is not the only company whose name is being used for these scams. They are, the CBC reported, aware of the problem.

Fortunately, Monize didn’t lose any money. He has also talked to his former employer and may get his old job back. Many people aren’t so lucky, and sometimes they lose more than $4,000.

Job scams on a big rise

Job scams are skyrocketing in Canada in the time of COVID, as fraudsters are taking big advantage of opportunity. According to the CBC, in the month of June alone, the Canadian Anti-Fraud Centre received close to 2,000 reports about job scams. That’s more than the 1,757 reports they received in the entirety of 2019.

More than three million Canadians lost their jobs in March and April of this year, in what Statistics Canada said is the fastest decline in employment in Canada’s history. This may make us more willing to believe something we would not otherwise — because we want to believe it. Also, the pandemic is creating a new employment world in which it seems more acceptable to be hired without actually meeting someone in person.

“It’s definitely something we’ve been tracking since the COVID-19 pandemic has happened,” Jeff Thomson, a senior RCMP intelligence officer with the Anti-Fraud Centre, is quoted as saying. “A lot of people are out of work, they will be looking for work and it’s ripe for fraud right now.”

Moreover, these scams are pretty sophisticated. The fraudsters create fake websites and use counterfeit financial instruments, such as bogus but convincing cheques, bearing company logos. Thomson also said they use something called “caller ID spoofing,” in which the caller will “use an area code that’s in the same jurisdiction as the victim, because people are more likely to answer the phone if a call comes from their own jurisdiction.”

Global News, meanwhile, reported another case in which a woman was told to deposit a cheque she did not know was counterfeit, and then someone else tried to remove the fake funds from her account. She said, “When I found out it was actually a scam was when my bank phoned me and told me there was fraudulent activity noticed on my account. The amount these people were trying to take matched the cheque.”

Signs of a scam

While they may be getting more convincing, there are still signs that a job is a scam. These include:

You are asked to cash a cheque and transfer money.

Be careful and remember that, of something seems too good to be true, it probably is. 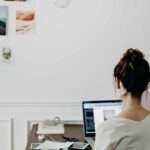