It’s much easier to set goals and make resolutions than it is to stick to them. Here’s how to stick to your goals in 2021.

A lot of us have made career resolutions for the new year or set new goals, and many of us also do this year round. Setting goals is important if you want to succeed. Accomplishing them is more important (probably). And that’s where many of us fail, right? It’s a lot easier to set them to achieve them. Why do we fail? It might be lack of motivation or just not knowing where to start. We run out of steam, we get distracted, and that little voice that says we’re not good enough stops us in our paths.

But we have to keep working at it.

I hope these evidence-based strategies for accomplishing your goals help you get to where you want to be,

Don’t be vague or set goals that are too easy to achieve. Research conducted in the 1960s by scientists Edwin Locke and Gary Latham found that setting more specific and difficult goals is correlated with greater success at achieving them. In a review of studies over 10 years it was found that, 90% of the time, specific and challenging, but not too challenging, goals led to higher performance than easier and less specific goals.

So, according to Mind Tools, telling someone to “try hard” or do their best is less effective than saying “try to get more than 80% correct,” or “concentrate on beating your best time.” And hard goals are more motivating than easy ones, because it feels like more of an accomplishment to when you achieve them.

Write them down in detail

Don’t just write them down once and put the notebook (or cocktail napkin) away. Write your goals down every day. A study at Dominican University found that people are significantly more likely to achieve their goals and dreams if they write then on a daily basis. For that test, participants were divided into two groups: one that wrote down their goals and one that didn’t. Participants who wrote down their goals were 42% more likely to reach them.

Get into that detail. This article claims that “people who very vividly describe or picture their goals are anywhere from 1.2 to 1.4 times more likely to successfully accomplish their goals.”

Research consistently finds that setting concrete intentions to do a thing makes you more likely to do that thing. In one study, exercisers who planned when and where they would exercise during the week were reportedly 56% more likely than those who received a motivational speech and read a pamphlet about the benefits of exercise but didn’t set a time and place. More examples (from author James Clear) include the following:

Write down when and where you will do the things you intend to do and you’ll be more likely to do them.

There’s a popular idea that all you have to do is visualize your success, then sit back and great things will happen to you. This obviously doesn’t work for everyone. In fact, 2011 research found that that the more you visualize having accomplished a goal, the less likely you are to achieve it. The researchers argued that visualizing tricks your brain into thinking you’ve already achieved it, so there’s no motivation or energy to actually pursue anything. In an experiment, they found that students who visualized winning a $200 essay award had less energy to actually write the essay than those who visualized the actual task of writing the essay.

The authors wrote: “Instead of promoting achievement, positive fantasies will sap job-seekers of the energy to pound the pavement, and drain the lovelorn of the energy to approach the one they like. Fantasies that are less positive – that question whether an ideal future can be achieved, and that depict obstacles, problems, and setbacks – should be more beneficial for mustering the energy needed to attain actual success.”

Keep it to yourself

Similarly, most people probably think that telling others about our goals will help keep us accountable to them. This has also been found to not be true. A 2009 study reportedly found that telling people your intentions actually makes you less likely to pursue them. Psychology students were asked to list their two most important study intentions for the coming week, such as: “I will take reading assignments more seriously,” or “I will study more statistics.”

Like with visualization, this may be because your brain doesn’t understand the difference between a false sense of accomplishment and the accomplishment of actually doing something.

To recap: Be specific, set dates and times for specific tasks, get into detail, but don’t visualize your success or tell anyone about it. 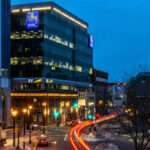 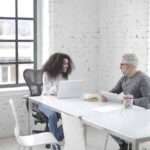