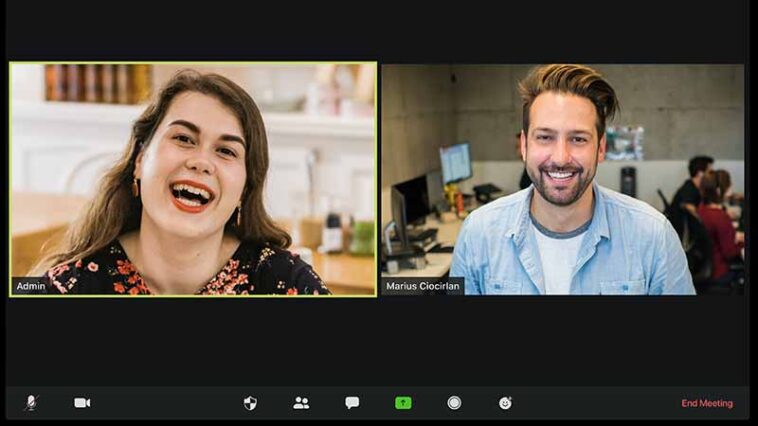 Creating a personal connection will go a long way towards helping you land the job, but that can be harder virtually or while masked. Here’s how to build instant rapport with your interviewer, even with these limitations.

Whether or not a hiring manager likes you plays a big role in whether you get hired or not. All things being equal between two candidates, or even when things are a little unequal, the more likeable candidate is going to get the job. Establishing a rapport with someone in the job interview will make a big difference. Fortunately, it’s pretty easy to do that.

These days, many interviews are virtual, or you’re wearing a mask, so it can be a little tricky to employ some of the classic tricks said to create camaraderie between people. These may include shaking hands and mirroring body language. That being said, there are still tactics you can employ to establish an immediate rapport with your interviewer in a virtual or physically distanced setting.

You already know, we assume, that you should smile (even behind the mask), listen, do your research on the company, and make periodic eye contact (but don’t stare them right in the eye). These things are common sense ways to make friends and professional connections.

Here are a few more strategies for building instant rapport with your interviewer that you can use even in a virtual setting or when masked.

Use the person’s name

It’s been said time and time again that people love the sound of their own name – and that you should remember names and call people by their names regularly. We’ve all heard it, but do you do it? I am someone who almost never remembers to do this, and I notice and appreciate it when people do their best to know and use my name.

Once someone tells you their name – or you already saw it in an email or message – use it a few times. Don’t repeat it over and over again. Just use it a few times and say it at the end of the encounter, as in “It was nice meeting you, Salli.”

But make sure you have the right name. I was once on a call with someone who called me by name several times, but she actually had the name wrong — disastrously wrong, like, not even close. It was a little weird. I wondered the whole time if I should correct her, but ultimately didn’t want to embarrass her.

Mirroring and matching techniques work to build rapport by making yourself seem more like the other person, because research findings suggest that we prefer people we think are like us.

Many people who purport to be experts in this area suggest mirroring or mimicking the other person’s body language. So, if they cross their legs, you cross your legs with the opposite leg, for example (if you’re facing them, this will create a mirror effect). In a virtual setting, however, you’re limited to the upper body, like mirroring hand gestures and facial expressions. So, focus also on matching speech patterns and using similar language, tone, and tempo. If the other person speaks loudly and quickly, behave similarly. If they speak slowly and deliberately, do the same. If they use simple words, or big words, adopt similar language. According to MindTools, research by the FBI suggests that this is the most effective way to establish rapport.

Obviously, you should nor overdo any of this, or copy everything the other person does, lest they catch on. Keep it subtle to make it look like there’s a natural synchronicity between you.

It can be easy in a professional or job interview situation, when you’re nervous and worried about the impression you’re making, to forget to be interested in the other person and focus solely on yourself. But you’ll make a better impression if you come across as other-focused rather than self-focused.

When the conversation is starting, before getting to the interview questions, try to get the other person talking about something they’re excited about or interested in. It can be as simple as asking how long they’ve worked there or where they got their amazing shoes. Or you can look at their social media pages in advance to find things to ask about, like a mutual friend, interest, or countries/cities they’ve travelled to or lived in. You can say you “stumbled” across their profile in your suggested connections, or just be honest and say you looked them up to learn about who you’d be talking to.

Don’t ask overly personal questions or too many questions – or you risk coming across as scary. Just find something to talk about other than yourself, since much of the conversation is going to be about you.

It’s easy to build rapport with just about anyone when you’re genuinely interested in other people. It might be a little harder in a virtual setting but is still essential to career success. Work on connecting with others and you’ll see the results. 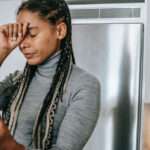