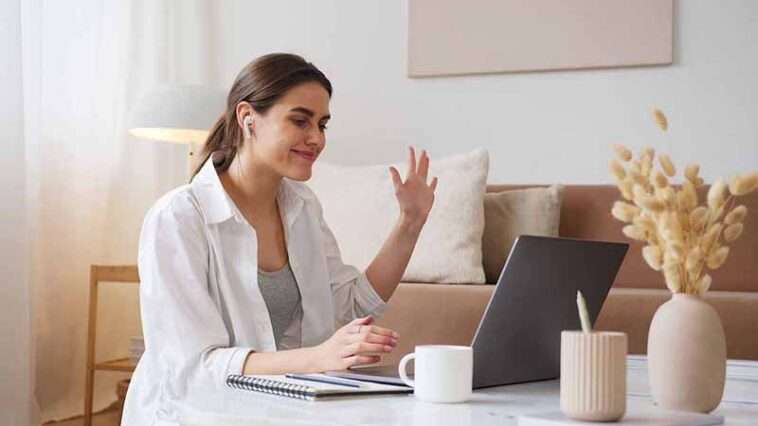 Now that we’re all in virtual meetings all the time, the Zoom gaffe is something to worry about. Here’s how not to destroy your career on Zoom.

Virtual meetings and interviews have become the norm during the COVID-19 pandemic, with Zoom and Google Meet topping the list of popular platforms. In fact, these face-to-face online interactions have become so popular, many of us are actually spending more time looking at people than we ever did before, particularly those of us who have always worked remotely. I used to see my colleagues and clients around once a month. The rest of the time, we communicated by phone. Now, conversations that would once have been phone calls are video meetings, and I’m expected to be ready to be seen.

This trend is likely to continue. We’re not going to go back to good old phone calls any time soon, and we might as well get used to it.

Naturally, the new development has led to an increase in Zoom gaffes and embarrassing moments. You probably heard about New Yorker writer Jeffrey Toobin getting caught doing something very inappropriate during a work meeting and getting fired for it. Then there was New Jersey School Board Member Frances Cogelja, who accidentally broadcast herself going to the bathroom during a board meeting. (As an aside, that story is weird. It’s clear that she did not turn off her camera but it’s not clear why nobody shouted to her to let her know what she was doing and didn’t say anything until afterwards. Even if her mic was on mute, she would still have heard them talking. Anyway…)

The takeaway? Be careful to avoid embarrassing moments during virtual meetings. Here are 12 tips to avoid destroying your career on Zoom.

Wear pants. It’s been said, but bears repeating. Even if you don’t think anyone is going to see you from the waist down, cover up.

Wear a shirt. I recently joined a Zoom meeting in my bra and didn’t realize it until I saw myself on video. I hastily said “Be right back. I have to do something” and came back wearing a shirt. Weirdly, nobody said anything or seemed to notice.

Look at yourself in the mirror. I could have avoided the bra thing by looking in a mirror before the meeting. This is also a good way to make sure you don’t have smears on your face, stain on your clothes, or a big piece of spinach between your teeth.

Dressed properly. If the meeting is a job interview, the rules are different. Wear what you would for an in-person interview. Find more video interview tips here.

Connect to the audio. I was on a call a few days ago and there was about 5 minutes of nobody being able to hear me, and vice versa, which I assumed was totally someone else’s fault, until I realized I hadn’t joined the audio. Let that be a lesson to you. That’s the sort of tech mistake you should try to avoid, as it is super basic and can make you look incompetent.

Use the mute button. When you’re not supposed to be talking, hit the mute button. A friend of mine said something nasty about a fellow parent during a school council meeting the other day thinking she was on mute. She wasn’t. So, that was fun. Then, don’t forget to turn your mic back on when it comes your turn to speak.

Check your background. What is behind you? is it messy or is there underwear on a chair? This is probably why so many people are using Zoom backgrounds on call; to hide what’s really going on. I don’t like them though and prefer to just clean my office.

Close your tabs. Are you going to be screensharing? Close your chats and other tabs.

Look at the camera or at the other person. Stop looking at yourself. People can tell. If you have two screens and it’s an important meeting, don’t be shy to ask where it looks like you’re looking. I spent an entire half hour talking to someone who was looking off to the left. I think she might have been looking at me on a second screen, but it wasn’t at the camera, so the effect was weird. If I was an interviewer, I might have wondered what was going on.

Be aware of the camera. Just be aware of the camera. I was on a Google Meet call and I was sharing my screen and could only see my screen. I therefore assumed that the other person could only see my screen also. So, when I blew my nose I didn’t bother to turn my head away. Turns out he could see me, which wasn’t a huge deal in this case but is something I might have tried to avoid had I been in an interview or something.

Tell your family you’re going into a meeting. Don’t want your partner to come wandering into the room topless or your kid to barge in wanting to know what would happen if there was a shark in the bathtub (answer: we’d call someone to come get it out)? Let them know you’re going into an important meeting. It won’t make any difference but at least you tried. 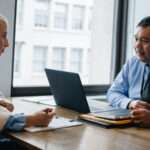