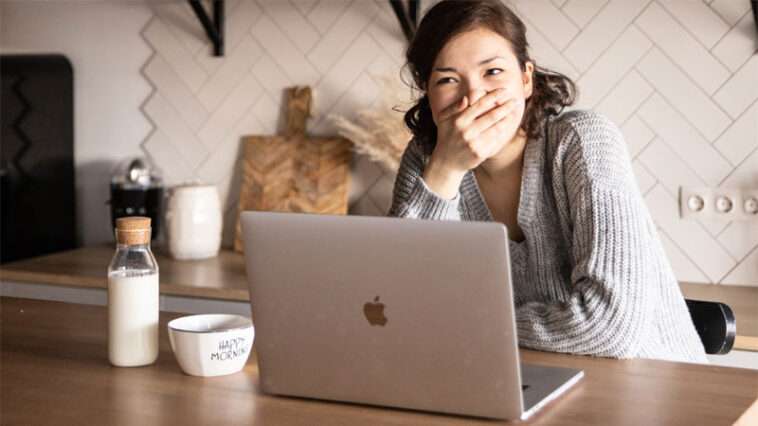 A new survey of 500 hiring professionals reveals the top video interviewing faux pas that have caused them to reject a potential candidate. Here’s what bothers employers the most during a virtual meeting.

Candidate attire is a big one. Apparently a lot of us are slacking when it comes to getting dressed. Thirteen per cent of survey respondents say that they have had a candidate stand up during the call to reveal they were wearing professional attire on top – and jogging or pyjama pants on the bottom.

Employers say that more than ten per cent of video interviews are actually cut short because they see something inappropriate in the background of the applicant’s video. Unfortunately, the survey did not specify what those ‘inappropriate’ things might be.

Messy, disorganized backgrounds are also an issue. More than half of the employers surveyed (58 per cent) said that a messy room in the background could cost someone the job. The dishevelled room could indicate that the candidate lacks organizational skills and is generally sloppy. It could also be a red flag that the potential hire isn’t very savvy since they didn’t take the time to straighten up or consider how their location might appear on video.

Other pet peeves that put employers off during video interviews include:

– the candidate leaving the conversation to answer the door for deliveries
– candidates answering their phone
– interruptions from partners and pets
– and poor sound quality.

Video interviews are likely to remain common for the foreseeable future, so it is important to get it right. The study found that 56 per cent of employers now do the majority of their interviewing over a video call, and 42 per cent say that this will continue even after Covid-19 restrictions are lifted.

See: Eye contact etiquette for your next video job interview.

Hannah Cornick, from BT Skills for Tomorrow, the company behind the survey, explains, “Video calls are going to remain part of the hiring process well into the future, and there is an opportunity for candidates to use this to their advantage.

Being in control of your environment and in a familiar space can help reduce nerves and allow you to showcase your personality.

This is the time to show the interviewer your strengths and how you stand out from the crowd, without any distractions from your surroundings.”

Here is how you can deliver more confident, polished answers in a video job interview. 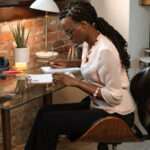