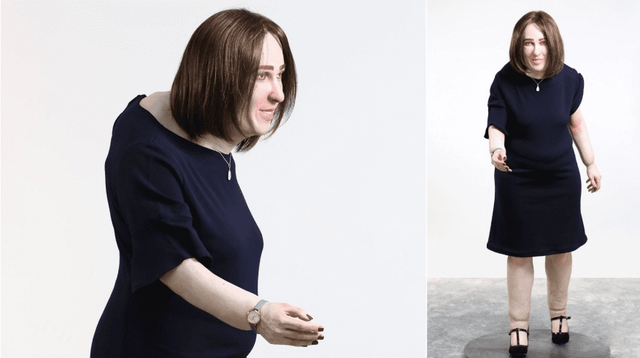 “Emma,” the office worker of the future, has some unfortunate health issues, says a report that claims we have to change our work habits and environments.

A few years ago, an infographic claiming that that sitting was the “new smoking” got a lot of media attention. The idea was that we spend way too much time sitting at our desks and staring at screens, and that is really bad for our health, so we will all eventually die of diabetes, heart disease and issues related to a sedentary lifestyle. Remember?

Well, a recently released report titled, “The Work Colleague of the Future,” is running with this theme and warning workers and employers we’re all going to have some serious health issues by 2040 if we don’t change our work environments and habits.

The office worker of the future has a whole host of health problems, according to the research, which is from UK-based “healthy workspace solutions provider” Fellowes Brands.

A media release states that “more than nine in ten British office workers are suffering from poor health due to their work environment, and as a result, find their job more difficult.” So, Fellowes teamed with Behavioural Futurist, William Higham, and a panel of experts in ergonomics, occupational health, and workplace wellbeing to identify the behaviors and problems that may cause health problems that include permanent back hunches, varicose veins, and skin conditions.

Emma, the office worker of the future

Fellowes and Higham even crafted a life-sized model named Emma to illustrate their findings. Emma, seen in the video below, suffers from the following:

• A permanently bent back, caused by sitting for hours in a bad position
• Varicose veins from poor blood flow
• A rotund stomach caused by sedentary working
• Dry and red eyes from long hours staring at the computer screen
• Swollen wrists and ankles from repetitive movement
• Sallow skin from years of artificial light
• Red upper arms due regular contact with laptop heat
• Eczema caused by stress
• Hairy ears and nose, as well as a swollen nose, because of poor air quality.

The researchers say that office workers spend an average of six hours every day sitting behind a desk, (I actually would have thought it was more) and are already suffering from strained eyes (50%), sore backs (49%) and headaches (48%). They also claim this is “a direct result of” people’s workspaces. Seven in ten workers are also reportedly resorting to medication to manage these issues.

William Higham is quoted as saying, “The Work Colleague of the Future report shows that employers and workers really need to act now and address the problem of poor workplace health.

“Unless we make radical changes to our working lives, such as moving more, addressing our posture at our desks, taking regular walking breaks or considering improving our workstation setup, our offices are going to make us very sick.

“As a result, workers in the future could suffer health problems as bad as those we thought we’d left behind in the Industrial Revolution.” 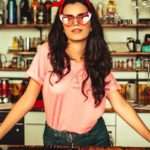