The Canadian job market bounced back in February. Those are the findings of the latest Labour Force Survey from Statistics Canada, released this morning.

The country added 259,000 jobs last month, effectively replacing almost all of the 266,000 that were lost over the previous two months. This brings the national unemployment rate down to 8.2 per cent. This is the lowest that it has been since March of 2020 – before the impact of the COVID-19 pandemic took its toll on the economy.

These rebounds were further reflected in the fact that most of the job gains in February were in those sectors that had been hit the hardest by government shutdowns. The number of people working in retail increased by 122,000 (or up by 6.1 per cent) las month as those restrictions on non-essential stores were lifted in many regions. See available jobs in retail.

Similarly, employment in the accommodation and food services industry rose by 65,000 (+7.8 per cent) in February. See jobs in the hospitality sector.

And after seeing steady declines since last September, the number of people working in the information, culture, and recreation industry stabilized last month.

The remote work trend also started to decline last month. The number of people who worked at locations other than their home increased by 600,000 as schools and other workplaces reopened in several provinces. (Has working from home has gone too far? Economists are concerned.)

Newfoundland and Labrador 15.3 per cent [View jobs in NL]

Manitoba 6.8 per cent [Jobs in Manitoba]

You can read the complete Labour Force Survey from Statistics Canada for more details. 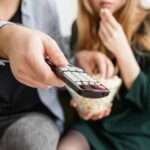 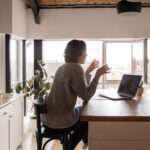