A new survey of the hiring intentions of Canadian employers across the country reveals which regions are expecting to see the greatest employment growth this spring. Here’s a look at some key spots in the Atlantic region.

The Manpower Group has just released its Employment Outlook report for the second quarter of the year. Most Canadian employers say that they are planning only modest hiring over the next three months. Still, a slightly higher percentage of hiring professionals surveyed say they plan to increase staff in the spring than in the winter months.

While only 12 per cent said that they intended to hire in the first quarter of the year, that number has climbed to 15 per cent for Q2.

The survey of over 1,300 employers across Canada reveals that while 15 per cent plan to increase their staffing levels over the next few months, a further 4 per cent are anticipating employee cutbacks. Meanwhile, 77 per cent of the employers surveyed expect their current staffing levels to remain unchanged, and the remaining 4 per cent are still unsure of their hiring intentions.

The numbers are a little stronger in Halifax where 27 per cent of employers say that they plan to hire for the upcoming quarter, while only 3 per cent anticipate cutbacks. See current job openings in Halifax.

In Cape Breton, 16 per cent of employers surveyed say that they intend to hire this spring. There also, three per cent predict possible cutbacks. See jobs hiring in Cape Breton.

Moncton falls just below the national average with 12 per cent of employers planning to hire this spring, and 4 per cent say that they may see staff reductions. View available jobs in Moncton.

The employment outlook is less positive in Saint John with just 4 per cent of employers planning to increase staff this spring, and fully 16 per cent facing cuts. .

Meanwhile in Newfoundland, the survey data reveals that 7 per cent of St. John’s employers plan to hire for the upcoming quarter, while 10 per cent predict cutbacks. Employers hiring in St. John’s.

The hiring outlook for Charlottetown is firmer with 28 per cent of employers indicating intentions to hire over the next few months, and 3 per cent foreseeing staff cuts. Job openings in Charlottetown.

“An ongoing moderate hiring Outlook for employers in the second quarter of 2021, in light of the continuing Covid-19 pandemic, can be interpreted as a positive trajectory,” said Darlene Minatel of ManpowerGroup Canada. “With all ten industry sectors expecting to hire in the upcoming quarter, there will be opportunities for job seekers. With widespread Covid-19 vaccination on the horizon, employers appear to be cautiously optimistic and open to flexibility in consideration of the post-pandemic chapter for business.”

Across the country, half of employers surveyed say that over the next six to 12 months, the majority of their workforce will be working all or at least most of the time out of the physical workplace. Only a third (33 per cent) report that they to continue with a mix of remote and workplace-based working. 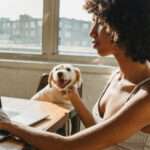