As restrictions continue to remain in place for the third wave of the pandemic, the Canadian job market took another hit for the second time in as many months. Our economy lost another 68,000 jobs in May. These were largely in part-time work, and largely in those sectors than continue to bear the brunt of the shutdown orders.

This follows from the over 200,000 jobs that disappeared in April.

with these job losses, the national unemployment rate edged up to 8.2 per cent, from the 8.1 per cent we saw last month.

There were nearly thirty thousand (29,000) fewer people working in retail in May. This follows the declines of 84,000 retail jobs counted in April.

The accommodation and food services sector continued to be hammered by the COVID-related restrictions. Employment in the food service industry was 29.8% (-364,000) below its pre-COVID level, and accounted for nearly two-thirds (63.8%) of the overall employment decline since the pandemic hit in March of last year.

Employment in other services as well as in manufacturing was also down in May.

Following a province-wide lockdown in Nova Scotia, that kicked into effect in late April, employment declined by 22,000 jobs (-4.8 per cent) in May. This was the largest monthly decrease in employment for Nova Scotia since early in the pandemic.

Ontario was the other province to see the most significant job losses last month. In New Brunswick, the unemployment rate ticked up half a percentage point from 8.5 per cent in April to 9.0 per cent in May.

Newfoundland and Labrador 13.4 per cent [View jobs in NL]

Manitoba 7.2 per cent [Jobs in Manitoba]

Read the complete Labour Force Survey from Statistics Canada for May. 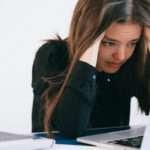 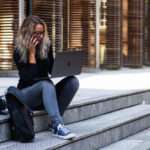