Are cover letters necessary to land a job in 2020? A survey of hiring decision-makers asked this question. Here’s what they found.

Yes, you should always write a cover letter

ResumeLab surveyed 200 hiring decision-makers, including in house hiring managers, HR professionals, and external recruiters, to find out if cover letters are necessary to land a job in 2020. And they found that cover letters are, indeed, still a very important part of your job application package.

Eighty-three per cent of respondents said that a cover letter is important in the decision-making process, and another 83% said that a great cover letter can land a candidate an interview even if their resume isn’t good enough.

In other words, “writing a cover letter can help you make up for flaws in your resume in more than 8 out of 10 cases.”

On a slightly irritating note: 72% of recruiters still expect cover letters even if the job ad states they’re optional, which is not surprising but is a bit disingenuous – why not just make it a requirement?

When a cover letter is required for a job posting and you fail to attach one, only 13% of respondents said they will process your application.

Why is a cover letter important? Respondents said letters are useful for the following purposes:

So, write the cover letter

The takeaway here is kind of what we’ve always said: Even though there’s a pretty good chance nobody is going to read it, you still should write a cover letter, because someone might read it.

The reality is that most big companies now use software to scan resumes for top applicants, and only the few flagged as a good fit for the position will be seen by human eyes. Only then will someone look at your cover letter. But when that happens, a good cover letter can vault you over the other candidates and get you the interview.

If a job is important to you, you should do everything possible to get it, or the hiring manager is going to see that you don’t care that much and move on to the next candidate. Yes, you’ll always find someone who got a job without a cover letter, but that doesn’t mean you will too. I wouldn’t take a chance.

For tips on writing your cover letter, check this out. 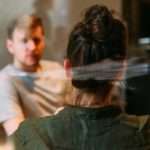 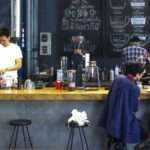