We’ve all met successful people over the course of our careers that we didn’t like and/or who were downright awful. Sometimes those people succeed despite their off-putting characters, either because they are super talented or super lucky. But for most of us, our career progression depends heavily on our being likable. People give jobs and promotions to people they like, they recommend friends for jobs and speak highly of those they admire.

Being likeable is important and being liked is useful. And some of us are better at it than others.

If you think people don’t like you, you could be right. And if you’re wondering why maybe there’s a simple reason and it’s something you can change. I see people repeatedly exhibiting the behaviours listed below and then complaining (sometimes for years on end) that they can’t find a job. It’s unfortunate, but they can only change when they decide to do so.

Here are 10 reasons people don’t like you that you can do something about.

You don’t listen. Sometimes you make listening faces and act like you’re listening. But people can always tell when you haven’t heard a word they said. And people don’t want to talk to someone who doesn’t listen. Listen. It’s easy.

You think you know everything. You know those people who, no matter what you say, always know better? Maybe you’re one of them. This makes it impossible for you to take direction, learn, grow, and even have an interesting conversation. It makes you unpleasant. The next time you instinctually want to tell someone they’re wrong, don’t. Let them be right, even if they’re wrong. See if the world comes to an end.

You’re difficult. When it’s time to go to lunch, you always disapprove of the restaurant or can’t find something on the menu that you like. You push back on everything as a matter of course, turn small tasks into big ones and generally suck the air out of the room. Nobody wants this person on their team. The next time you’re about to argue or push back on something, ask yourself if it’s necessary. Maybe you could just let it go.

You complain. It’s always too hot or too cold. There’s too much noise and you’re never happy. Nobody likes to be around constant negative energy. Just ask my husband! (Yes, I am a big complainer. I am working on it, OK?) The next time you want to complain, don’t. See how it works out for you.

You’re superior. At least, you think you are. There are people out there who like to sneer and condescend, who call other people’s opinions “stupid,” either to their faces, behind their backs, or publicly, in vague social media posts, and who think they are better and smarter than others. If you think you’re smarter than everyone else, I guarantee you that you are not. Stop laughing at others, sneering, and condescending.

You’re angry. Are you always mad about stuff? Do you argue with people, fight, take things personally, bawl out the Starbucks barista when they get your order wrong? Do you sulk? Is everyone an idiot and is LIFE TOTALLY UNFAIR? Instead of getting mad, take a breath and a moment to ask yourself what you’re so mad about. 99% of the time it’s nothing.

You’re always telling people what to do. There are a lot of people out there who like to give unsolicited advice on everything and who don’t seem to be able to have a conversation without telling the other person what they should do. If this is you, stop it. People hate this. The next time you’re about to give someone advice they didn’t ask for, stop and ask yourself why you feel the need to do so. Then say something else instead.

You’re thoughtless and self-absorbed. There are the people who clean up after themselves, hold doors for others, talk quietly on the phone and are generally thoughtful. Then there are the people who leave messes, let doors close in your face, make a lot of noise and are generally clueless. If you don’t pay attention to what is going on around you, you’re probably irritating everyone. Clean up your mess, look behind you, keep your voice down.

You don’t know how to read social cues. Being likeable depends on having self-awareness and being cognizant of people’s reactions. If you can learn to read how people are responding to you, and if they are offended or irritated by something you’ve said or done, you can change things. Watch people’s facial expressions and body language and follow social cues. It takes time to learn how to read people, but once you do, it becomes an invaluable skill.

We all engage in some of these behaviours sometimes. I know I do. And they’re obviously not easy to overcome overnight. But changing them will help advance our careers — and make our lives better. 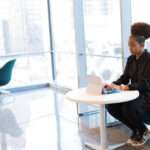 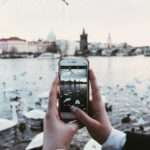